In each of these locations we were asked to include the Japanese heritage and contemporary design with our own Scandinavian background and the spirit of the location.

In Via Varese there was present a special original character from the late modernist building which we wanted to keep. One was the tall ceiling height in the front room and another was the tile floors. The terracotta tiles in the showroom and gallery and the grey melange mosaic in the office were colour matched and the walls were painted in correspondence. This created a kind of monochrome perimeter against which all new additions would contrast.

Curtains hung around the walls created a textile quality to the spaces. A kind of immateriality which is both poetic and relieving in an otherwise hard city environment. Almost like the nomad’s tent. But the real inspiration was taken from the textiles hung in front of traditional Japanese shops or restaurants that you have to bow under when entering. 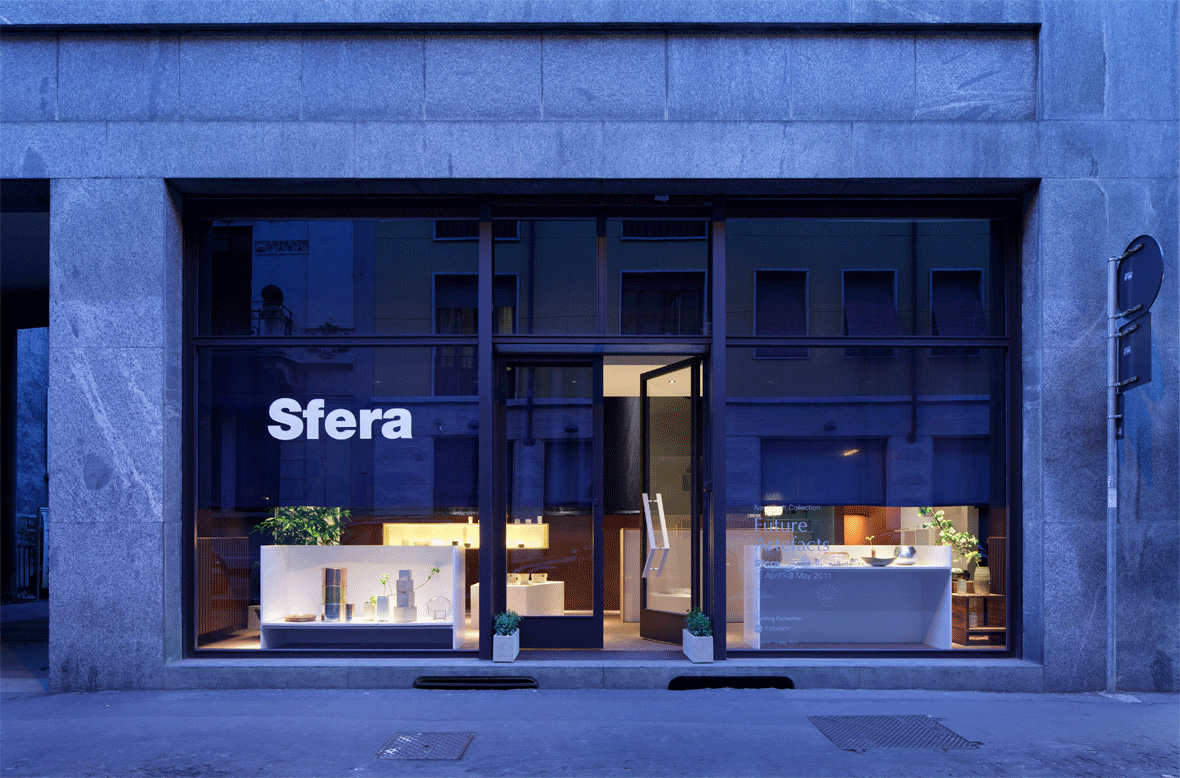